Description: 8 - 15 inches. Lined Snakes are gray or brown, with a light colored stripe down the center of the back, as well as one down each side on the second and third row of scales. These stripes on the side may blend in with the color of the scales on the belly (ventral scales) making them hard to distinguish. The belly is light colored with two rows of dark half-moon shaped markings.

Similar Species: Common Garter Snakes and Plains Garter Snakes are usually less uniform in appearance, and have black markings on the lips. The stripe down the back of Western Ribbon Snakes is orange or red. Graham's Crayfish Snakes and Smooth Earth Snakes have a less prominent stripe down the back. All of these species lack the double row of half-moons on the belly. 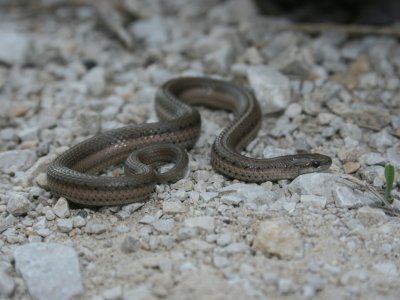 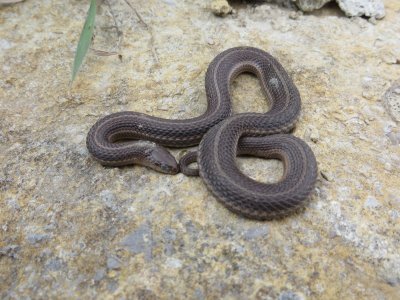 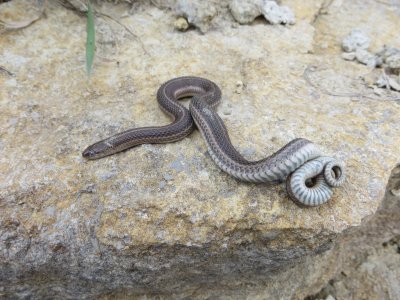 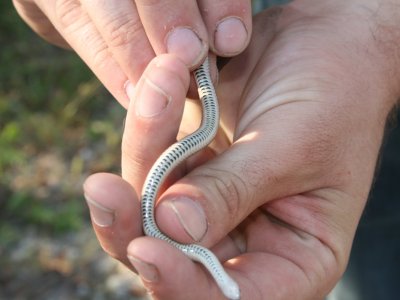 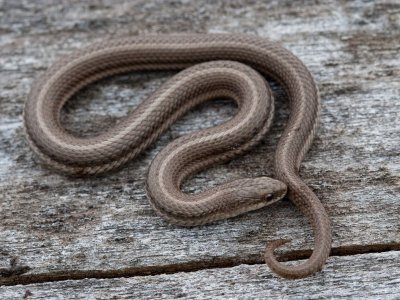 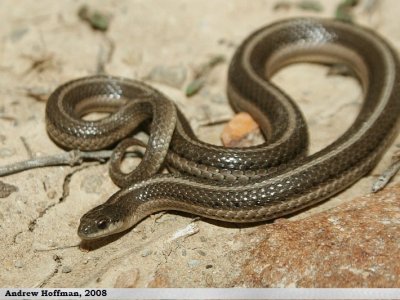