Description: 4 - 5 inches. Common Musk Turtles have a dark brown to black upper shell (carapace) with no markings. The skin is dark, and the heads have two light colored lines on each side. The bottom shell (plastron) is light colored and much smaller than the upper shell, and has skin showing between the scales. 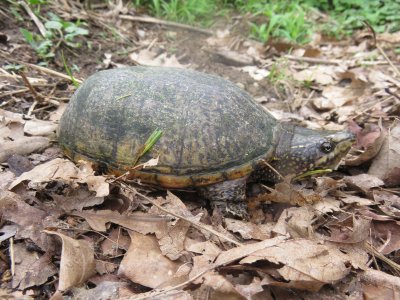 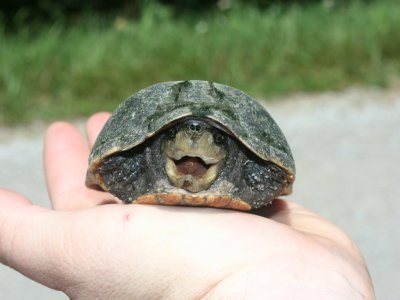 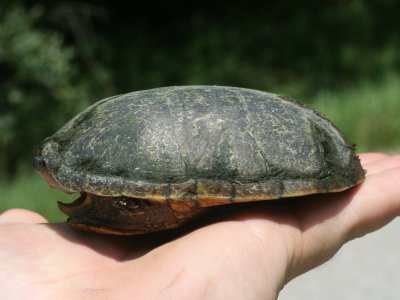 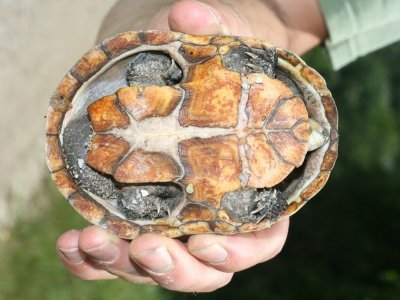 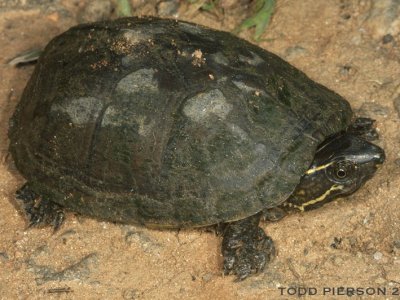 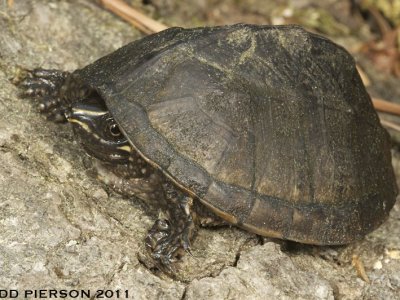 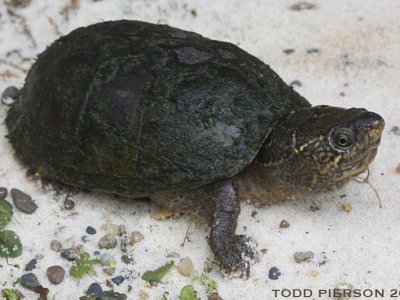 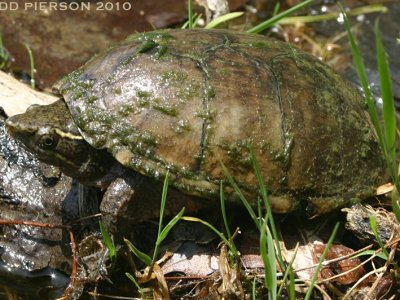 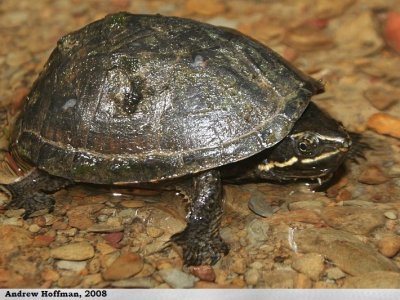