Description: 18½ - 30 inches. Eastern Massasauga Rattlesnakes are gray or grayish-brown with dark bands or blotches down the back. Blotches on the back become bands near the tail, which is tipped by a small rattle. The eyes have vertical, cat-like pupils and the head is shaped like a spade, though it is not as wide as the heads of other rattlesnakes in Iowa. 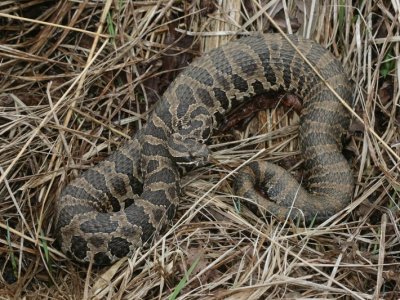 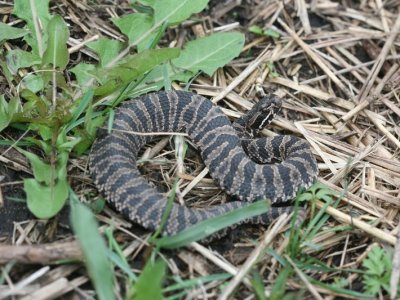 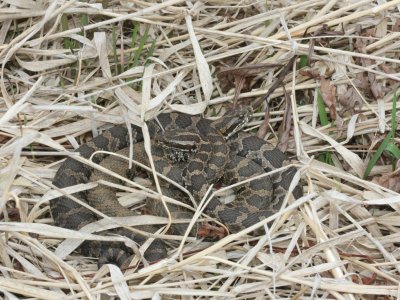 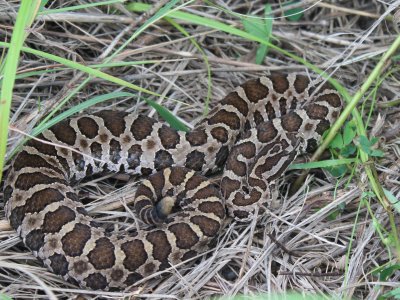 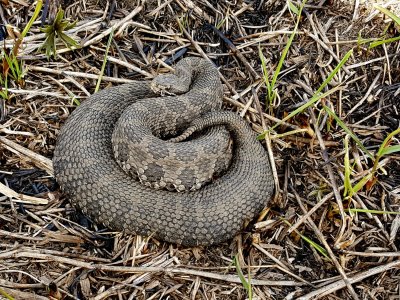 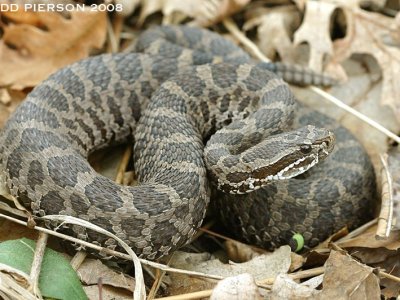 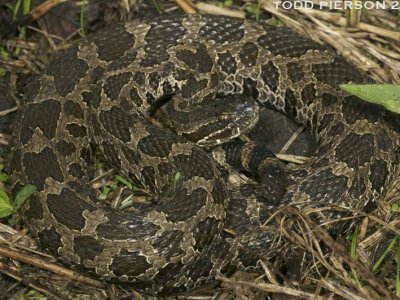 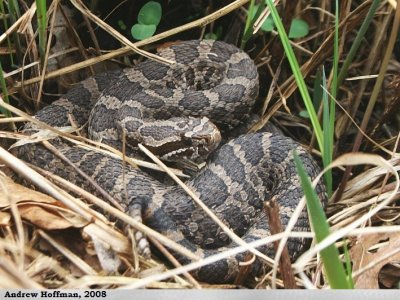 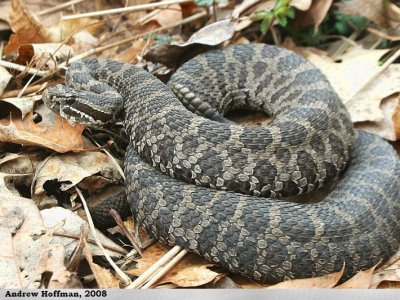