Description: Northern Prairie Skinks are black with two distinct think light strips on each side, and three wide stripes on the back for a total of seven stripes. The three stripes on the middle of the back are usually so wide, that the lizard appears to have a brown or tan back with two thin black stripes on it. The chin and neck of adult males turns bright orange or red during the breeding season. Young Northern Prairie Skinks are similar in appearance as the adults, but have bright blue tails. 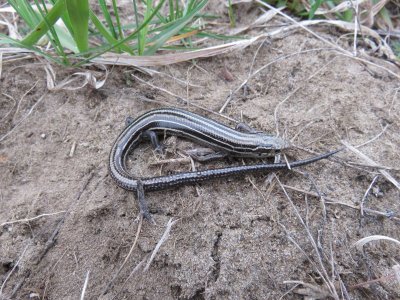 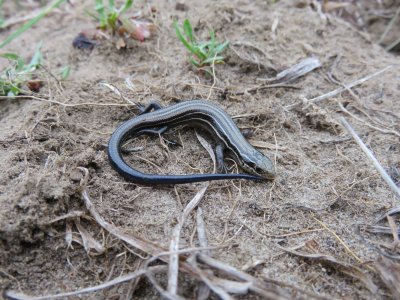 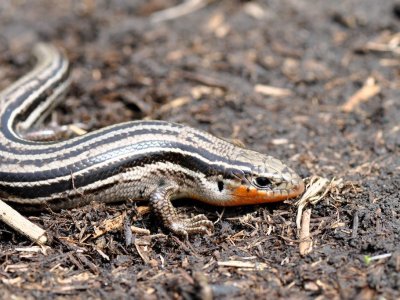 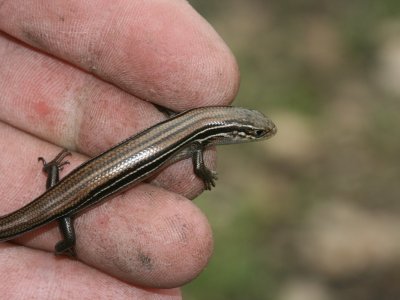 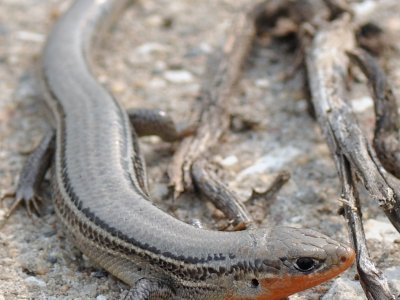 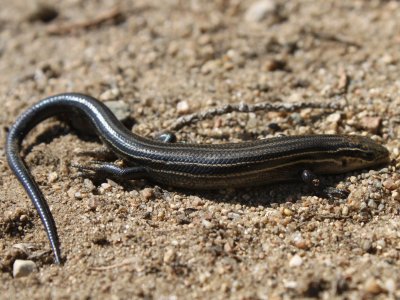