Description: 8 - 14 inches. The shells of Snapping Turtles vary in color from shades of brown to black. Algae growing on the shell may make it appear to be different shades of green as well. The scales on the top of the shell are peaked, forming three ridges down its length. As the turtle ages, these peaks are usually worm smooth, but some traces of these ridges usually remain visible. The tail is as long as the upper shell (carapace), and has a row of "sawteeth" along the top. The bottom shell (plastron) is much smaller than the upper shell, and is black in young Snapping Turtles, but becomes lighter with age.

Similar Species: In photographs, Common Musk Turtles and Yellow Mud Turtles may be mistaken for an old Snapping Turtle with a smooth shell. Snapping Turtles within the size range of either species would still have a very rough shell. Both species also have very short tails compared to Snapping Turtles. 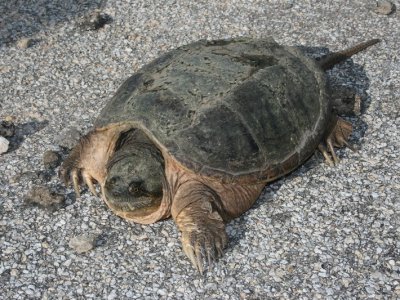 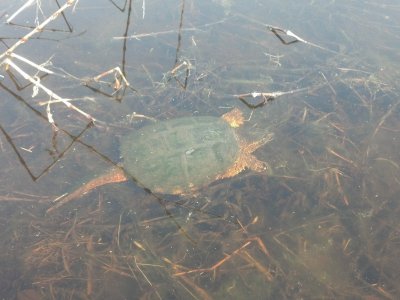 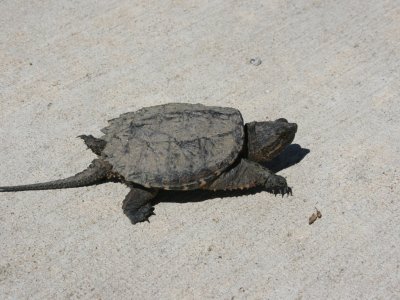 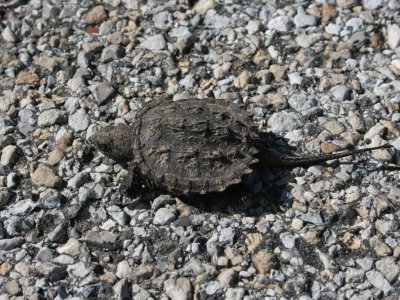 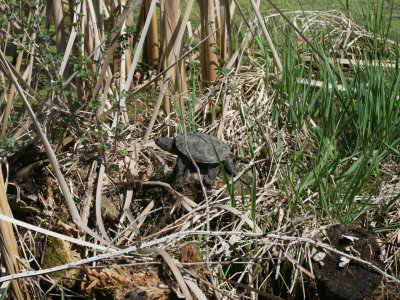 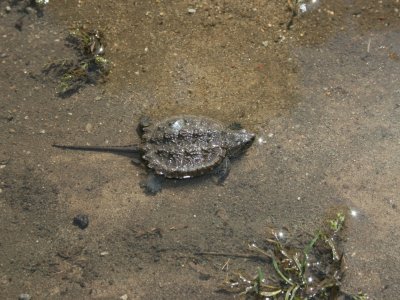