Description: Females 7 - 17 inches, males 5 - 9¼ inches. Spiny Softshell Turtles have a soft, flat, flexible upper shell (carapace). They are often described as looking like chocolate chip pancakes, even being called "pancake turtles" by some people. The front edge of the upper shell is lined with spines and bumps giving the turtle its name. The nostrils are D-shaped with a small ridge on the inside edge. Male Spiny Softshell Turtles have a slightly longer tail than females.

Similar Species: Smooth Softshell Turtles are similar in appearance, but lack the spines and bumps on the front edge of the upper shell, and have round nostrils with no ridge. 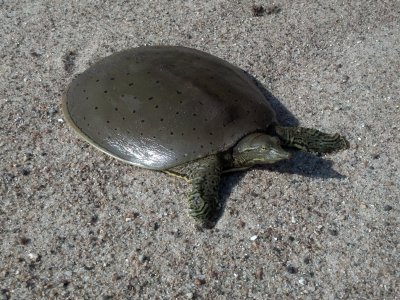 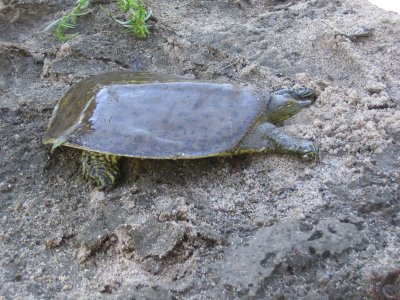 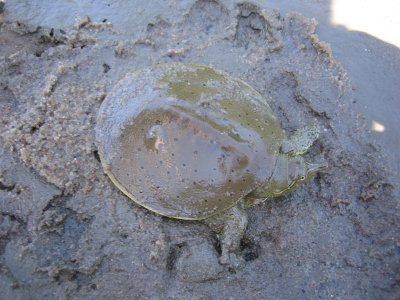 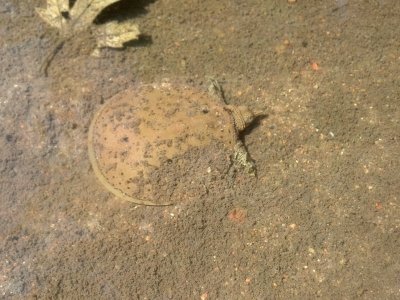 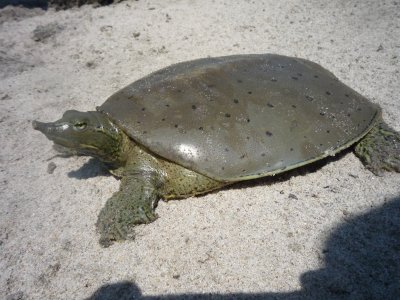 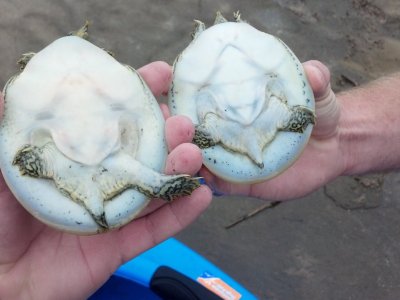